For November 2017, the Morro Bay Airgunners attended a match hosted by club member John Bergquist at his ranch in the Cambria hills. Weather was clear and slightly cool, with gentle breezes. Six competitors showed up. There were three competitors shooting PCP rifles and three shooting piston guns. Terry gave up on his Remington piston gun after one lane and decided to share Vince's LGU, fresh from a tune by Motorhead (Scott Schneider). Vince had the high piston score. I was not far behind, shooting my new, untuned LGU. Top Score of the day was John Knapp followed close by John Bergquist and Scott English.

John Bergquist is an inventive gentelman, and created some unique awards for the top shooters. Including a miniature functioning field target made of laser cut acrylic.

After the match, the money shots were set up. .22 blanks inserted in holes drilled in a 2x4. Placed at about 30 yards. Set it off and win the money. Scott English was the "big money" winner. After that, a few of us went down to the local grill for lunch. 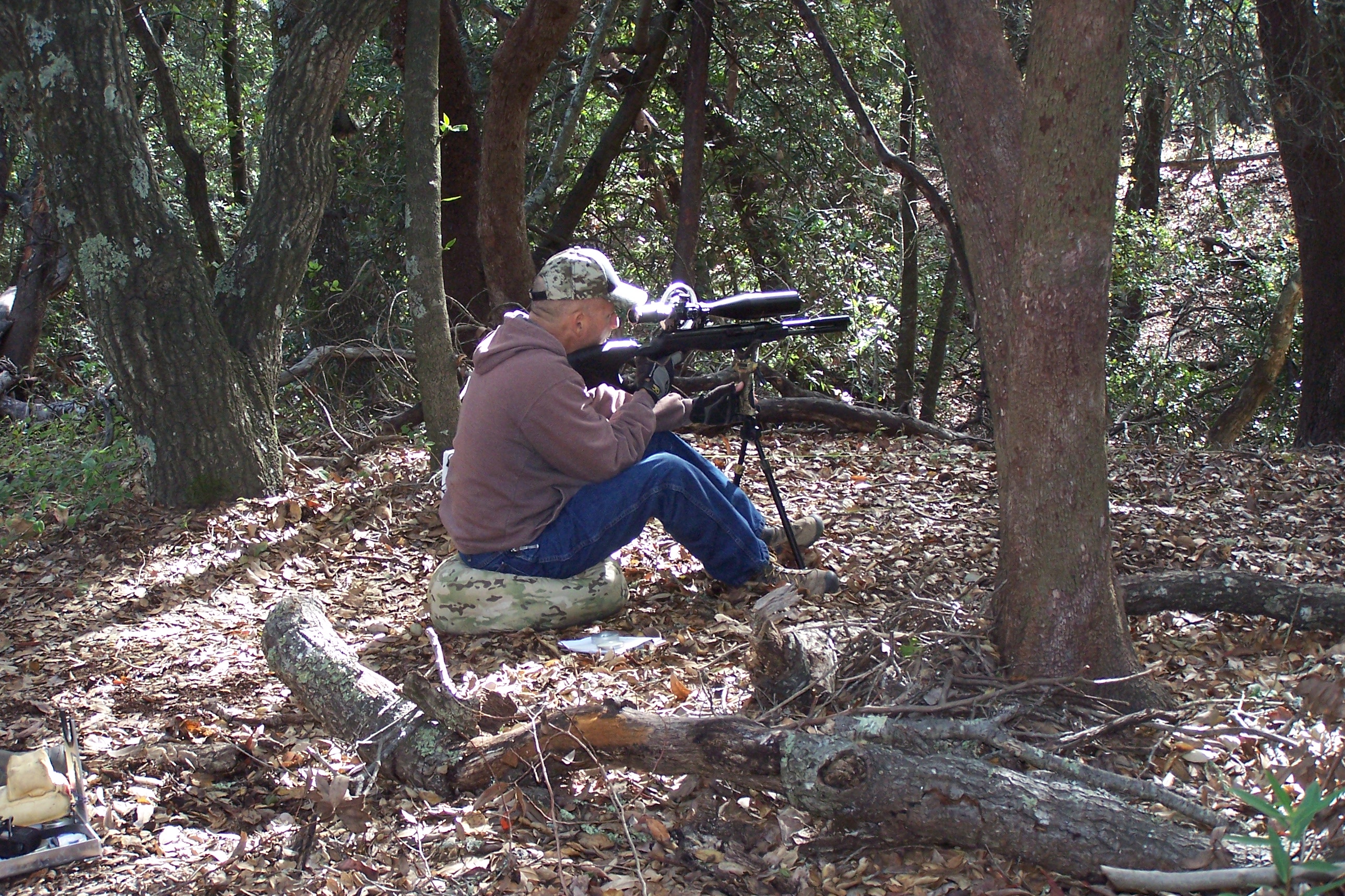 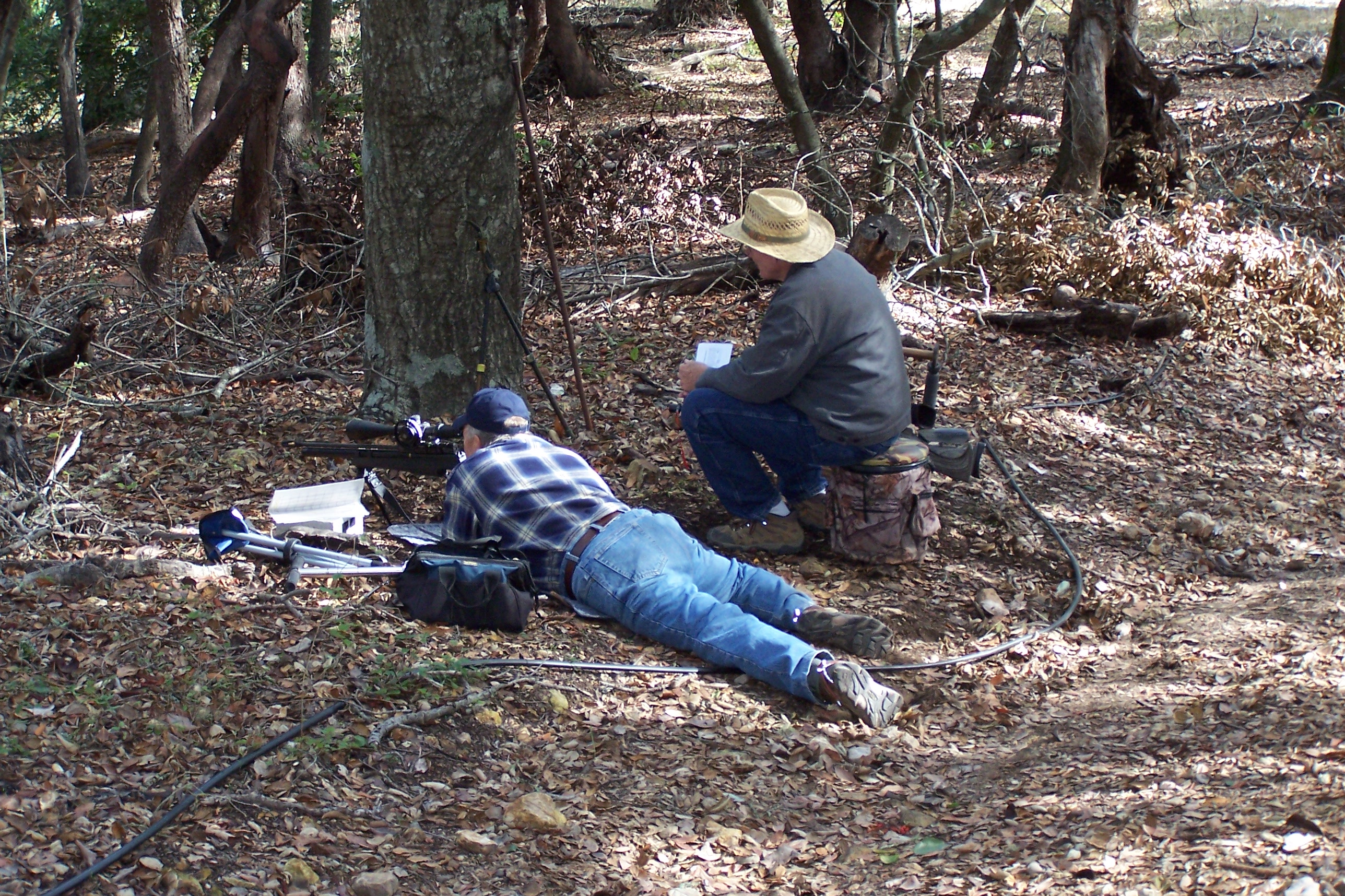 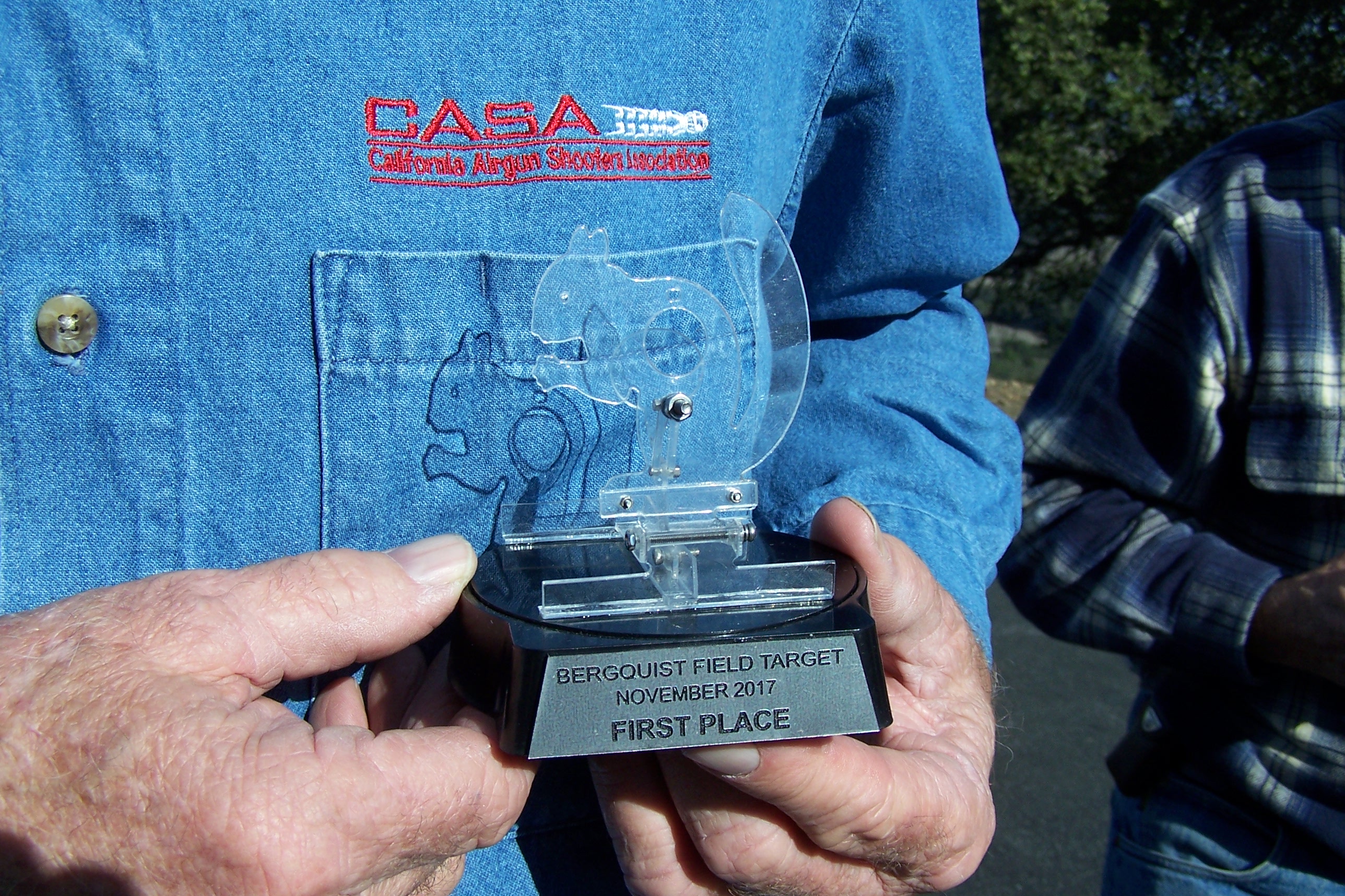 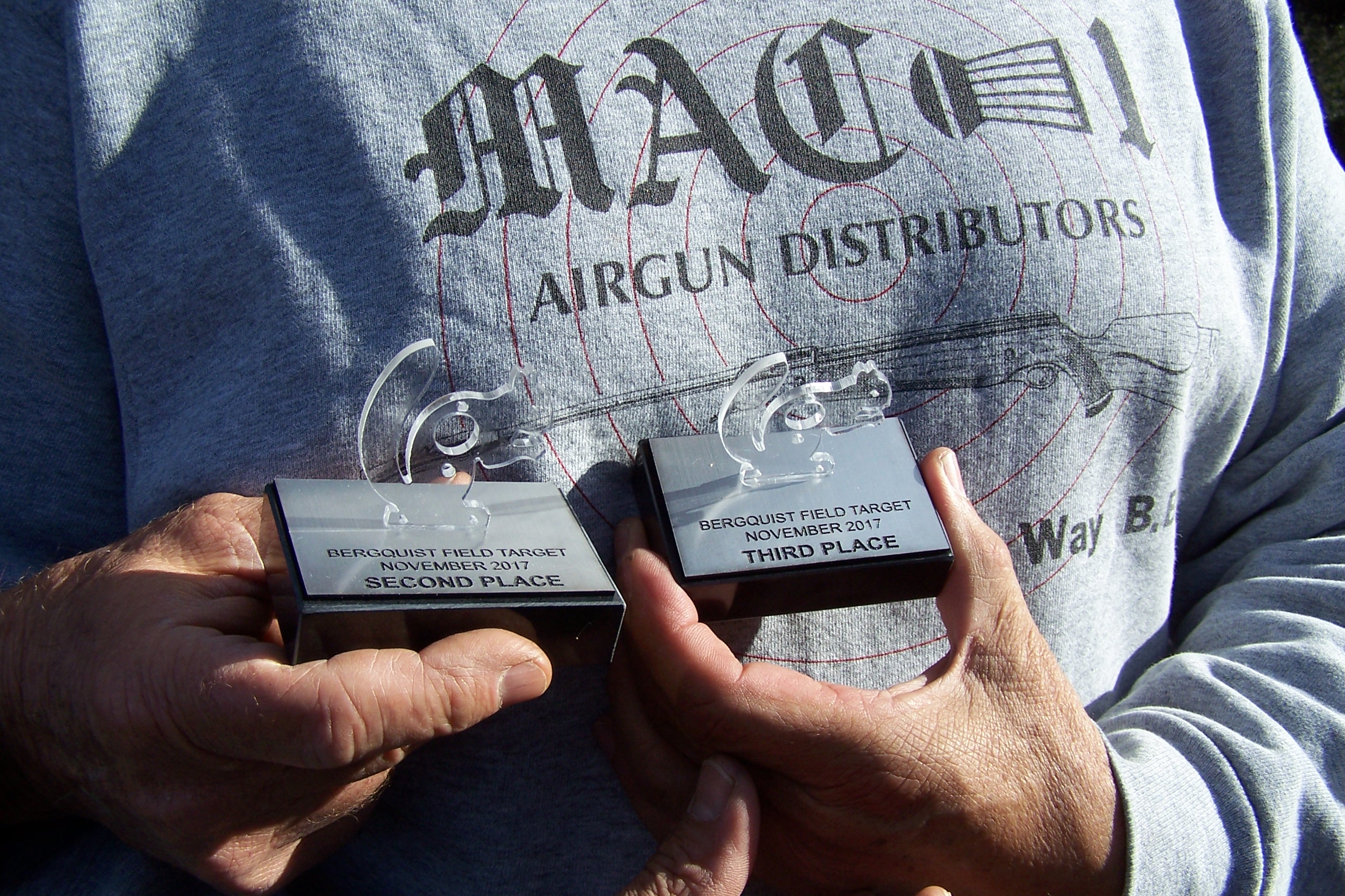