We had 7 competitors show up (2 Piston and 5 Pre-charge) at the Morro Bay Airgunners first match in the Crosman National Field Target Series. We had sunny skies, with temperatures in the 70's, and moderate winds. We set a 52 shot course in compliance with the 50 shot requirement for Crosman Series matches. All 5 pre-charge shooters had their Crosman/Benjamin rifles. Jeff Carmello, John Knapp, Lonnie Smith, and Terry Eannetta, came from out of the area for the match. Bob Sloan joined in later in the match to knock down a few off-hand with his vintage Crosman CO2 rifle. The wind made it especially tough for the WFTF and piston shooters. Jeff was the high piston shooter with 27/52. Alan tried a new pellet in his Disco.

After the Nationals, I moved my Diana 54 to the back of my gun safe, where it will probably remain until I decide to take it apart. I had told myself that the Nationals was going to be my last match with that rifle for some time. I suspect it may require some cleanout and a new coating of Krytox after the drenching in North Carolina. The previous lube job and spring is going on a year of use so some maintenence was due anyway. I have not shot the Marauder rifle in a couple of years but Alan has been periodically using it so it did not get stale. I shot it today and it was as good as ever. I shot most of the match prone as I returned to Hunter Division. As I write this, I'm just a little sore from the experience.

John Bergquist and I were close in points near the end of the match. Then he arrived at the positional lanes (his weak point, he says). The standing and kneeling lanes were generous in size, so wind drift was not too much of an issue. The wind swaying your body and rifle is the bigger problem. I ended the match with one of my better scores (45/52) as the high pre-charge shooter for this match. 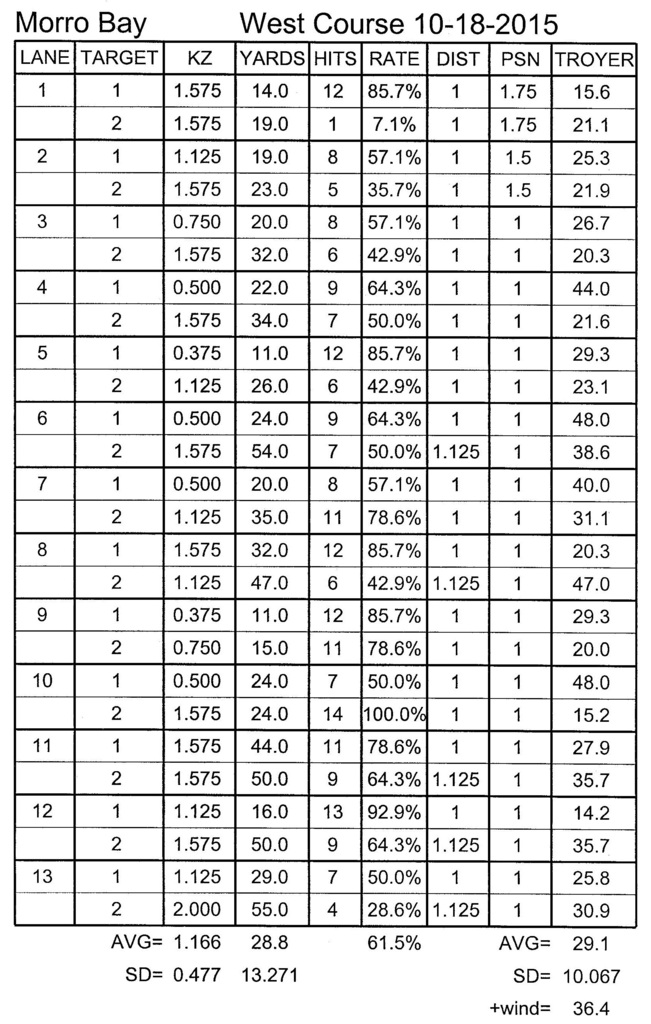 The sight-in. Most brought out there Crosman/Benjamin rifles for the Crosman Series kickoff at our range:

After the match, lunch at Sylvester's in Los Osos: