We had 7 competitors show up (1 piston and 6 precharge) at the Morro Bay Airgunners July 2016 Field Target match. It was overcast and cool for the start of the match. Mostly clear with temps in the high 60s as the match ended. Winds were typical. The course was set to have a moderate difficulty. Alan Harold was the high scorer with an excellent 48/52. I (Scott Hull) had some issues with my piston gun (found the barrel was loose!). I could not hit much so I borrowed some other rifles to finish the match. I shot a few with Bob Sloan's R10 squirrel gun and finished the last two thirds of the match with Terry's Marauder. After the match, most of us went for burgers in Los Osos. 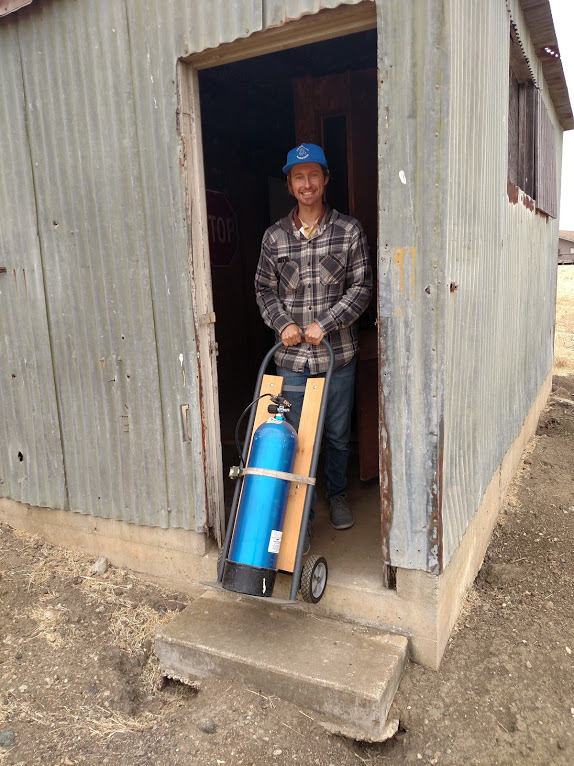 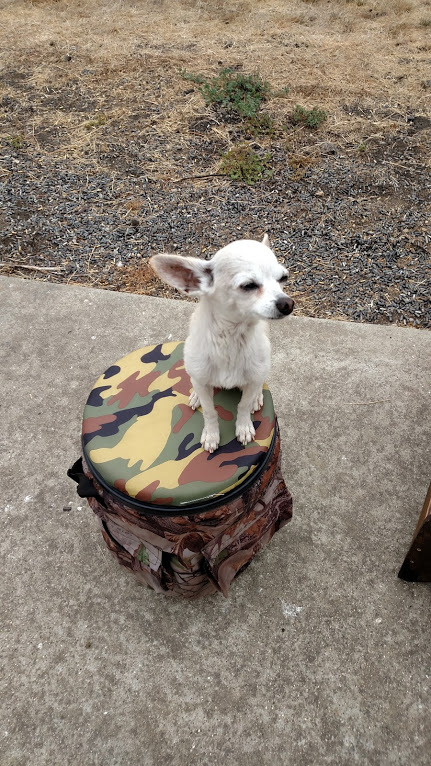 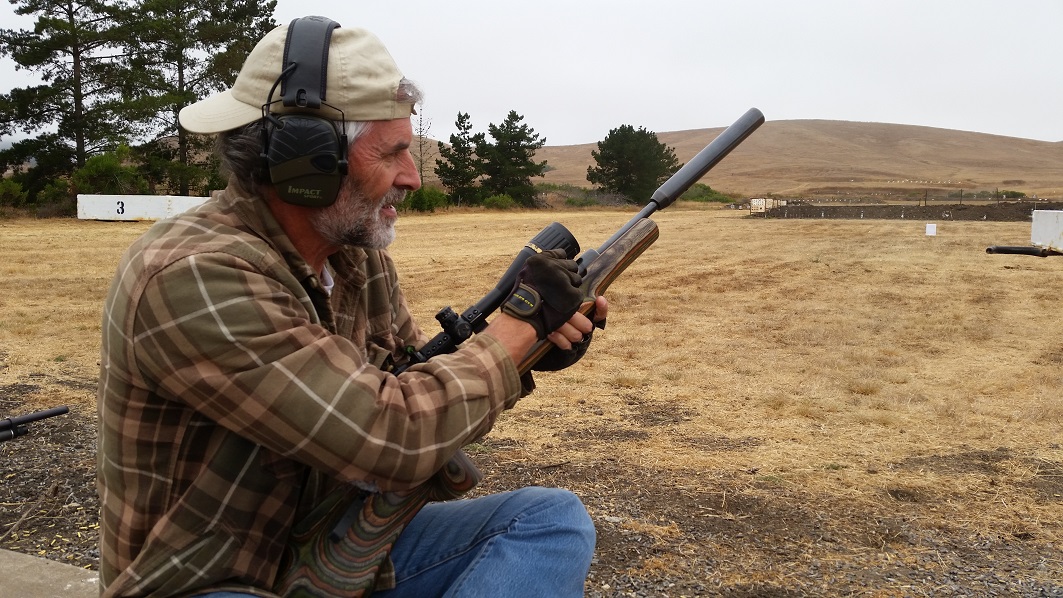 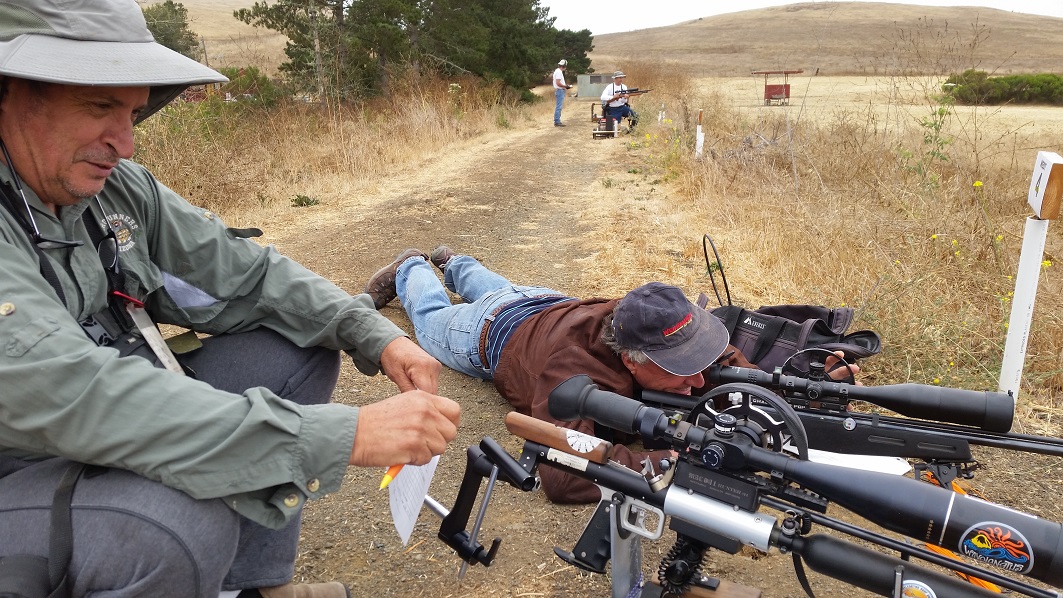 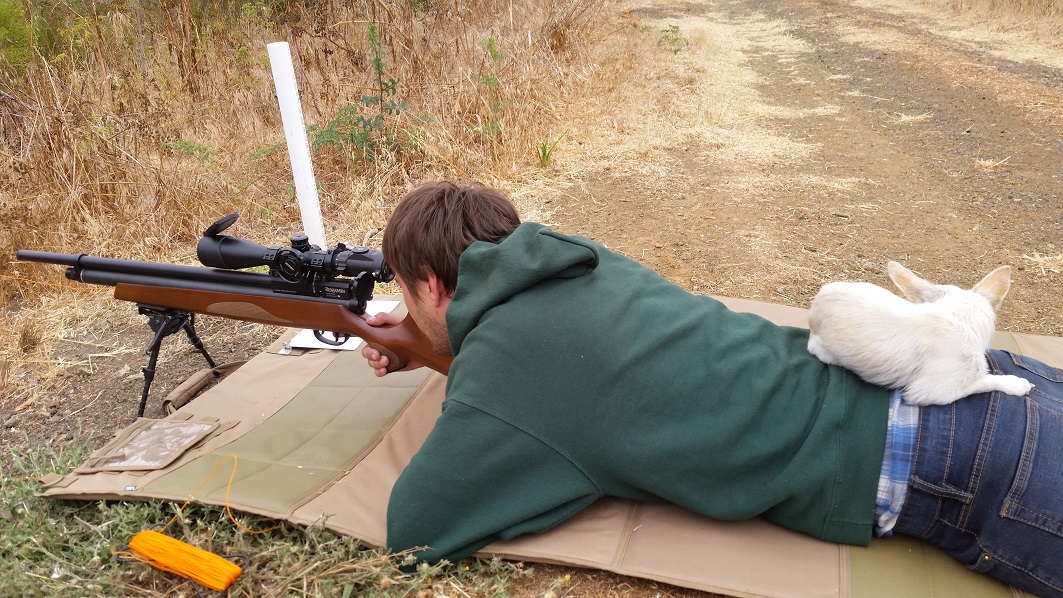 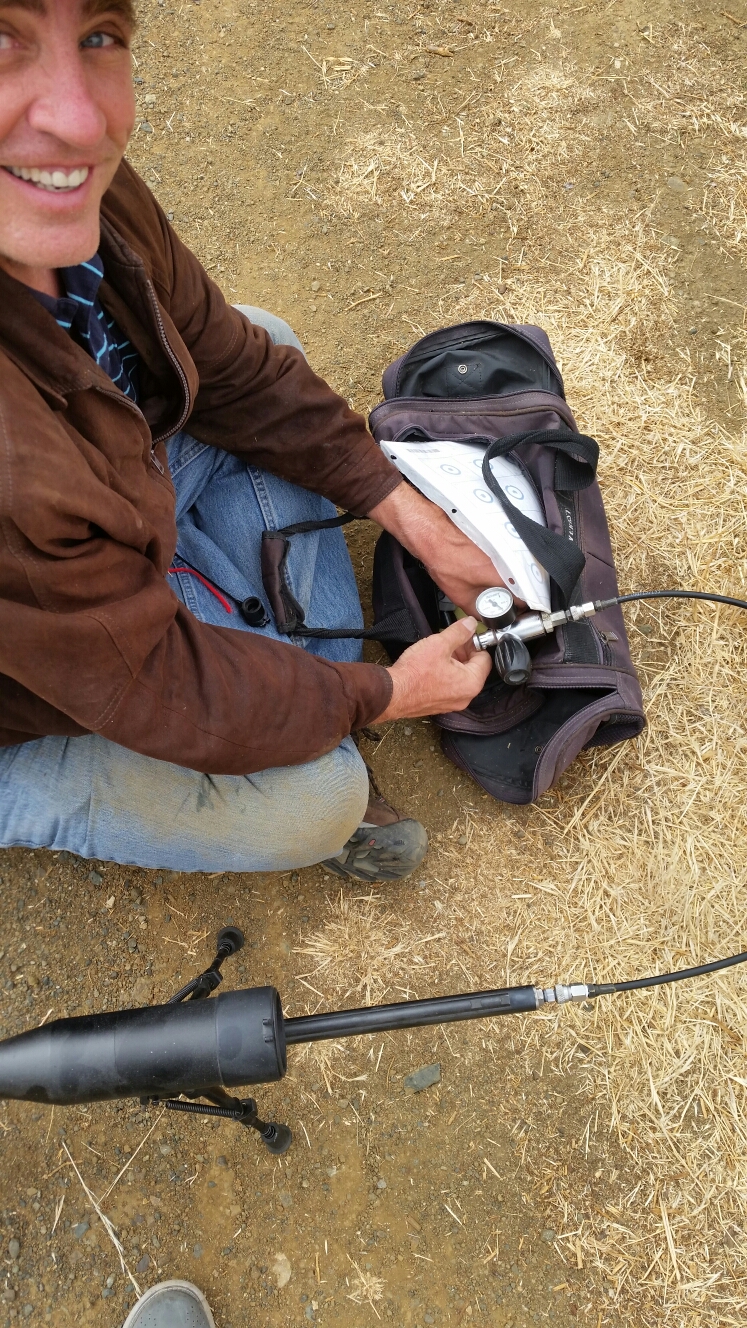 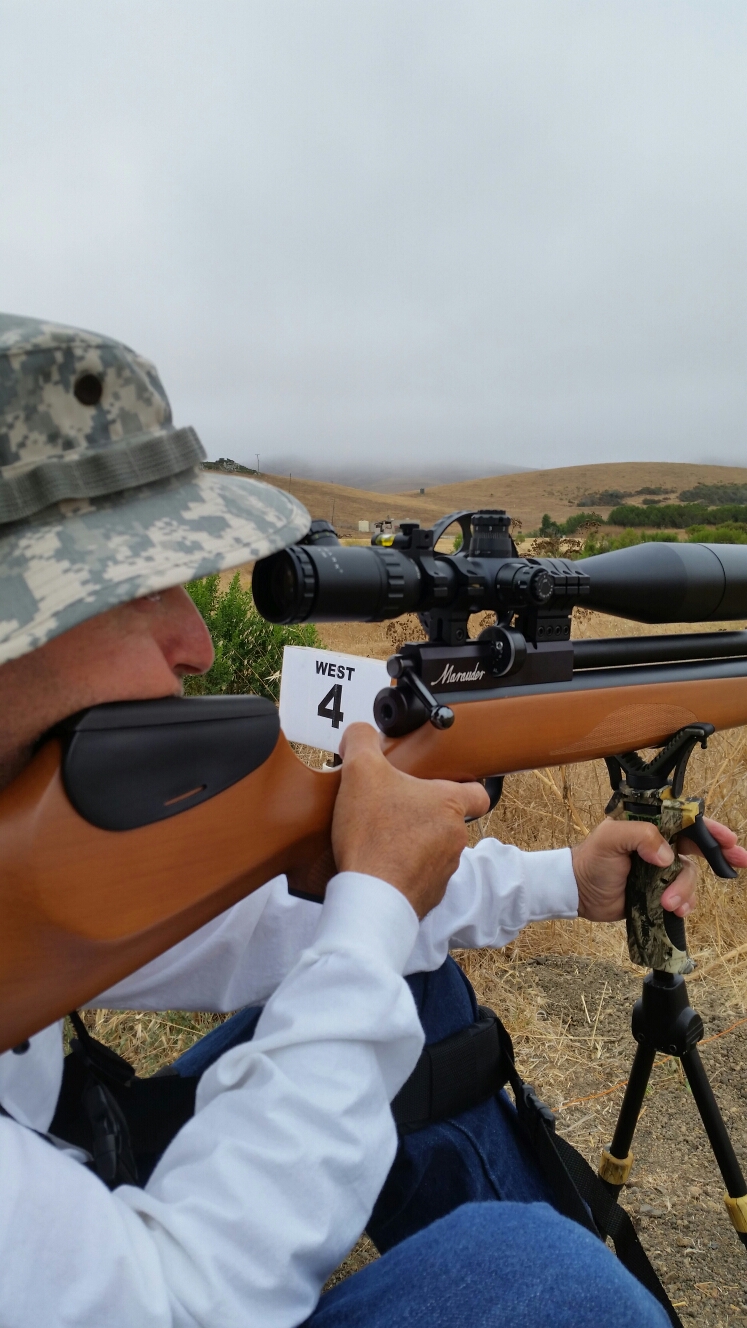 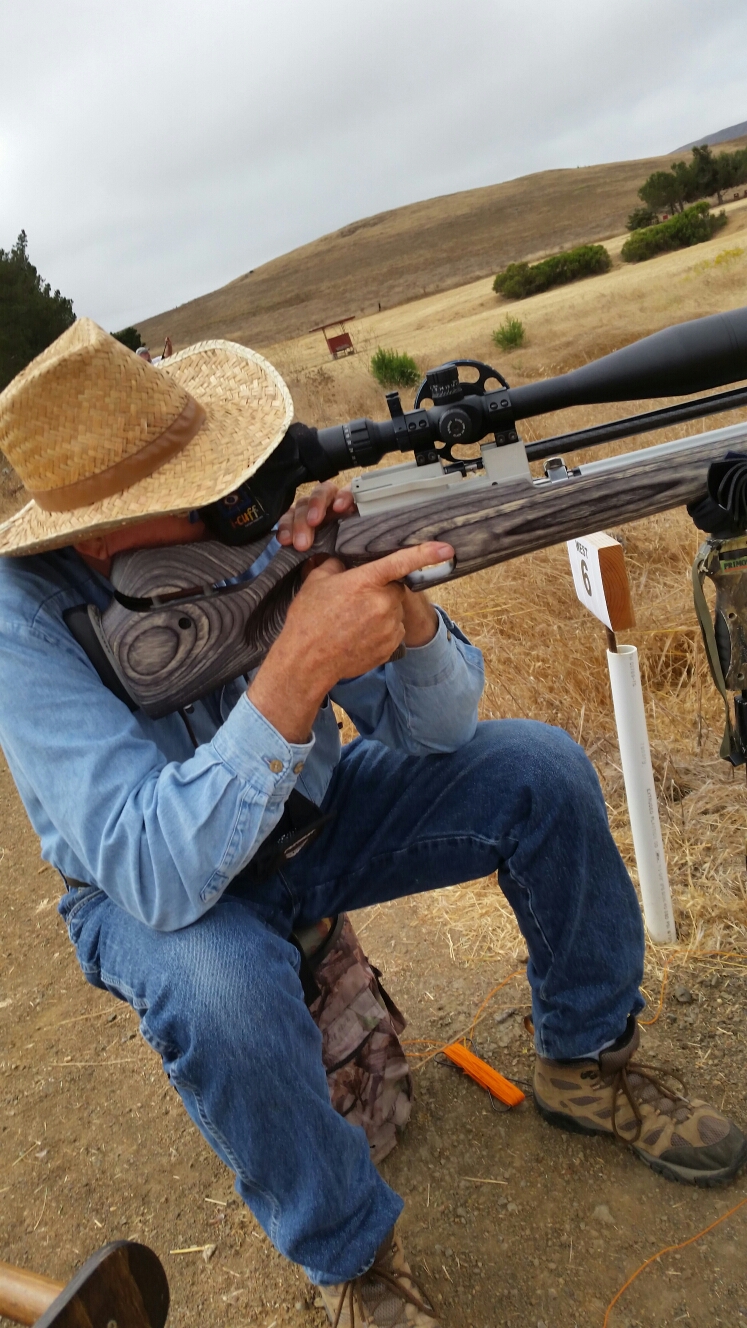 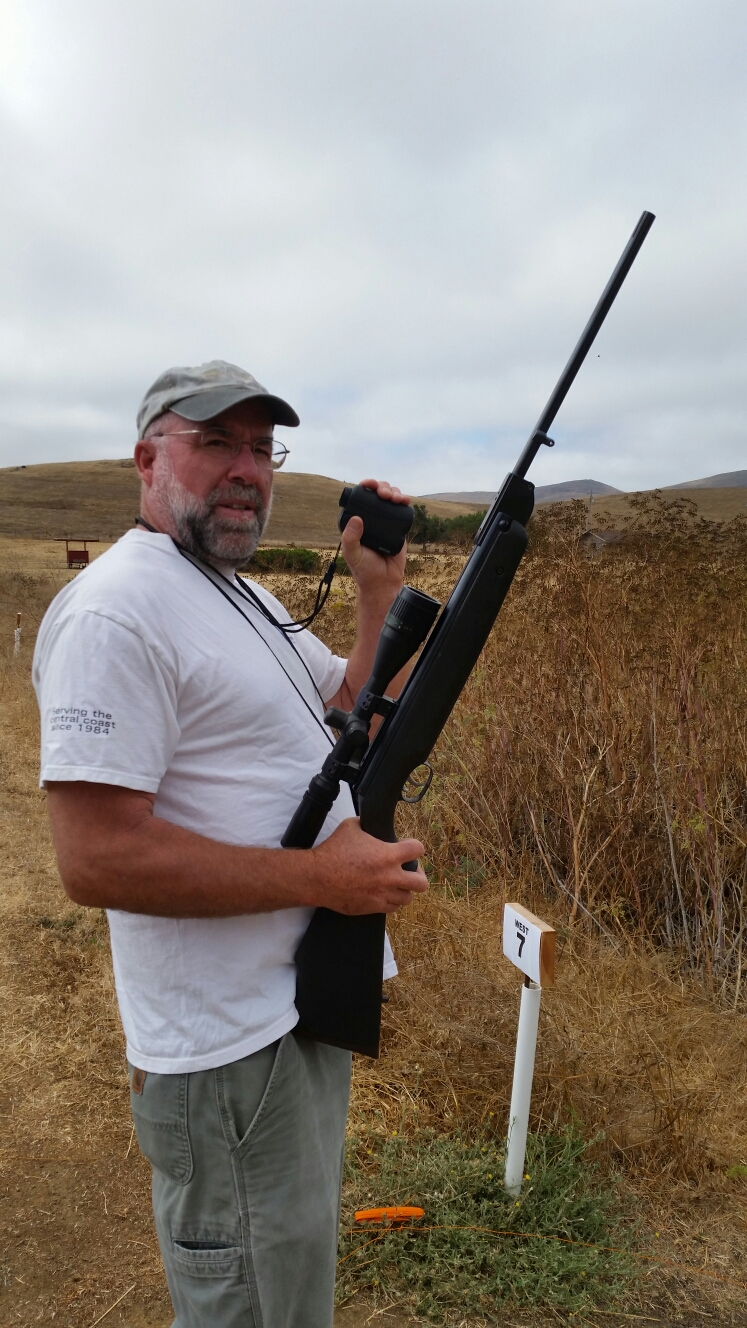 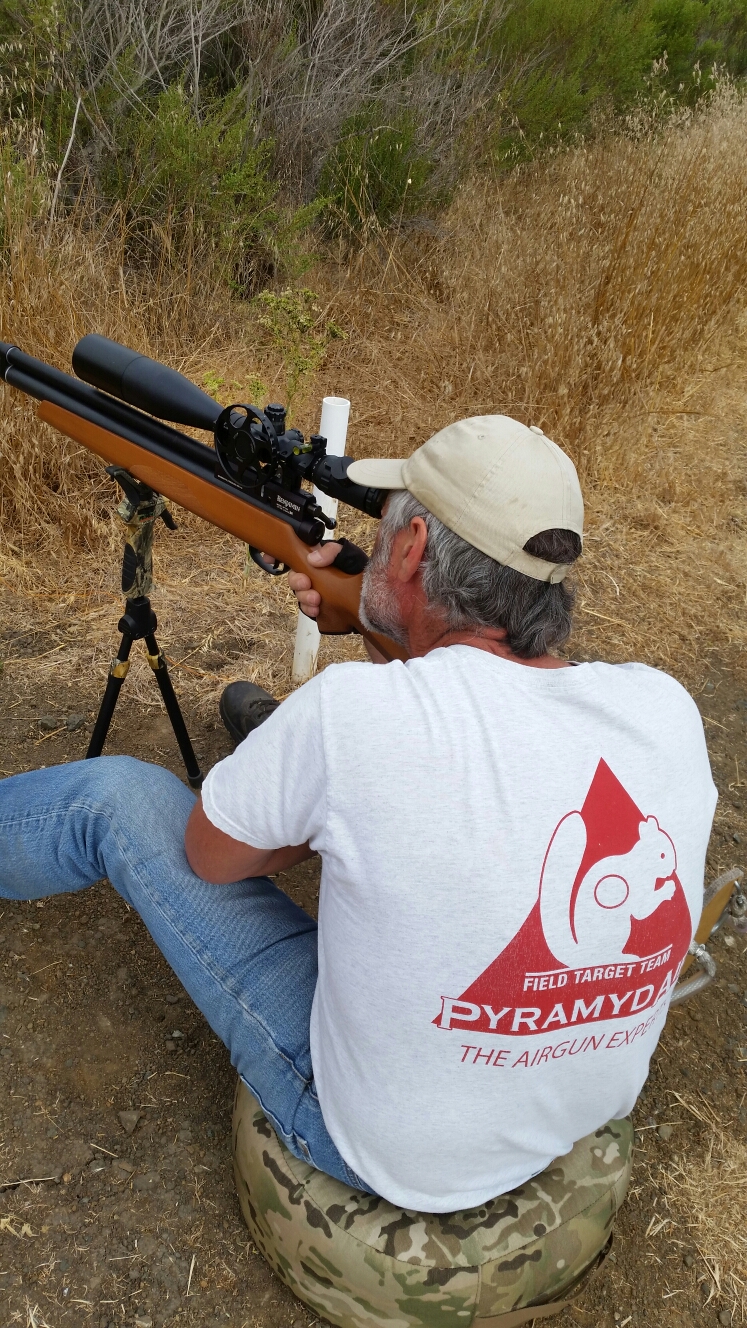 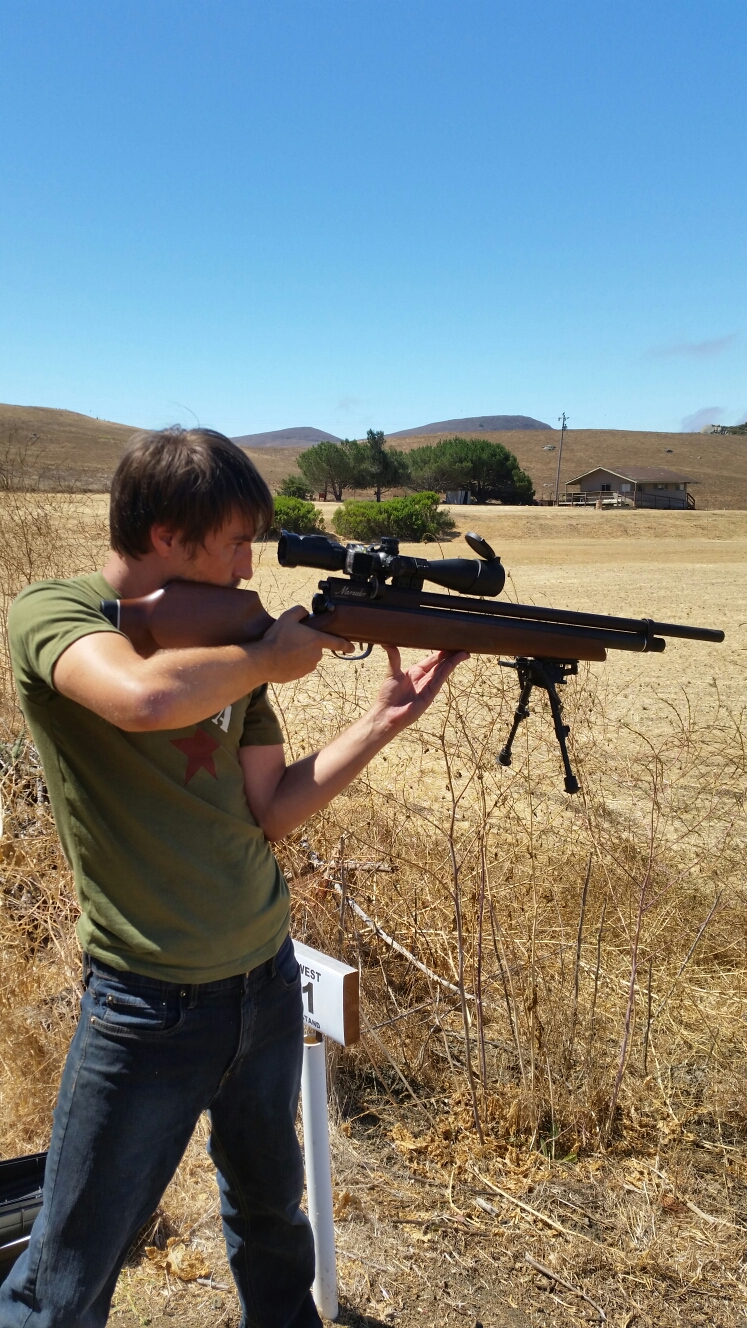