For June 2019, the Morro Bay Airgunners attended another match hosted by club member John Bergquist at his ranch in the Cambria hills. Weather was very foggy, cold, and windy at first. It got better as the morning progressed but never got up to normal. Five competitors showed up. All shooting PCP rifles. Lane one was my first lane and it had two far targets in the fog and wind. I missed all four shots - not a good start. From then on things fell into place and I ended up in first scoring a 47/54. Terry Eannetta was second with 44/54. A few of us met for lunch after the match at the local burger joint.

Thanks to John Bergquist for hosting another fun (except for the weather) match.

John Knapp hits 3of4 on the most difficult lane while no one else got better than 1of4: 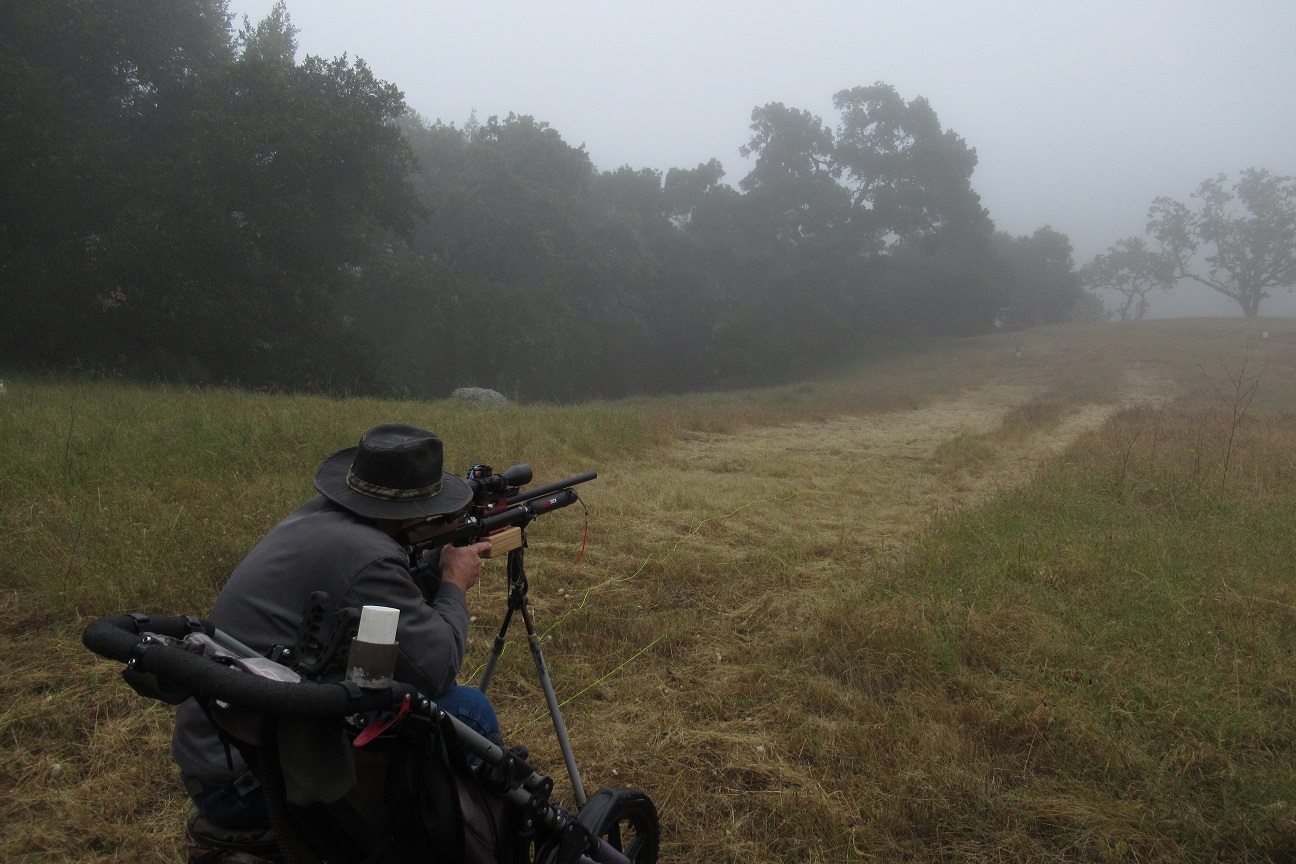 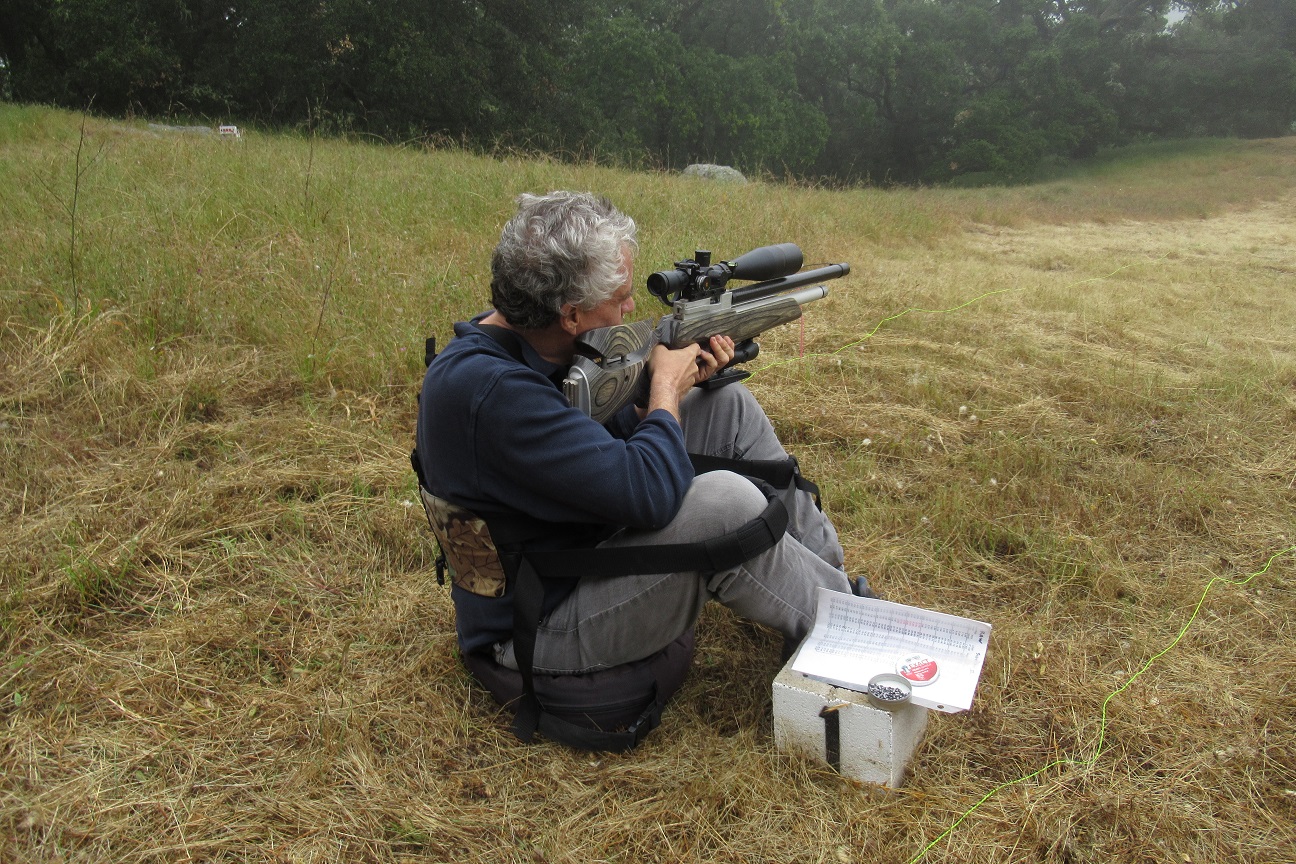 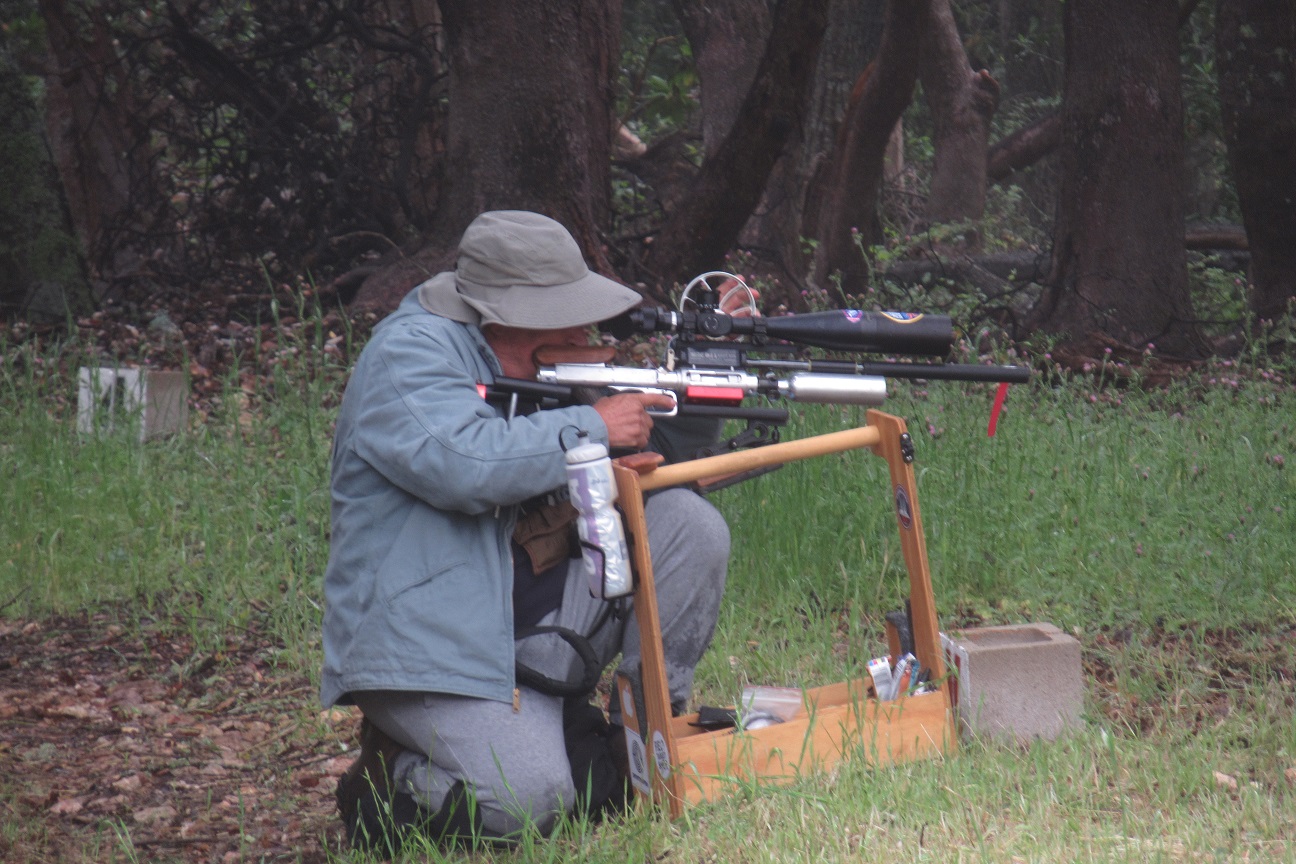 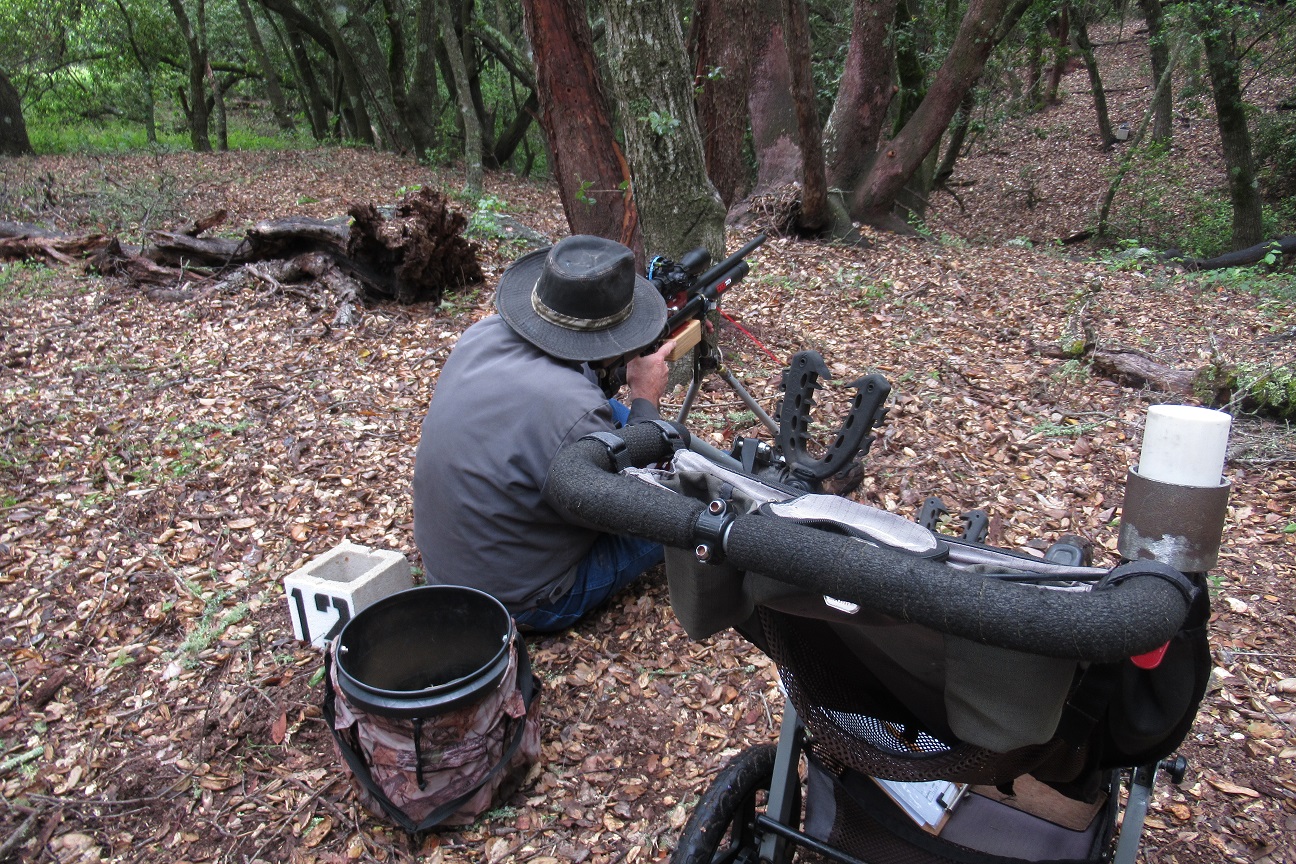 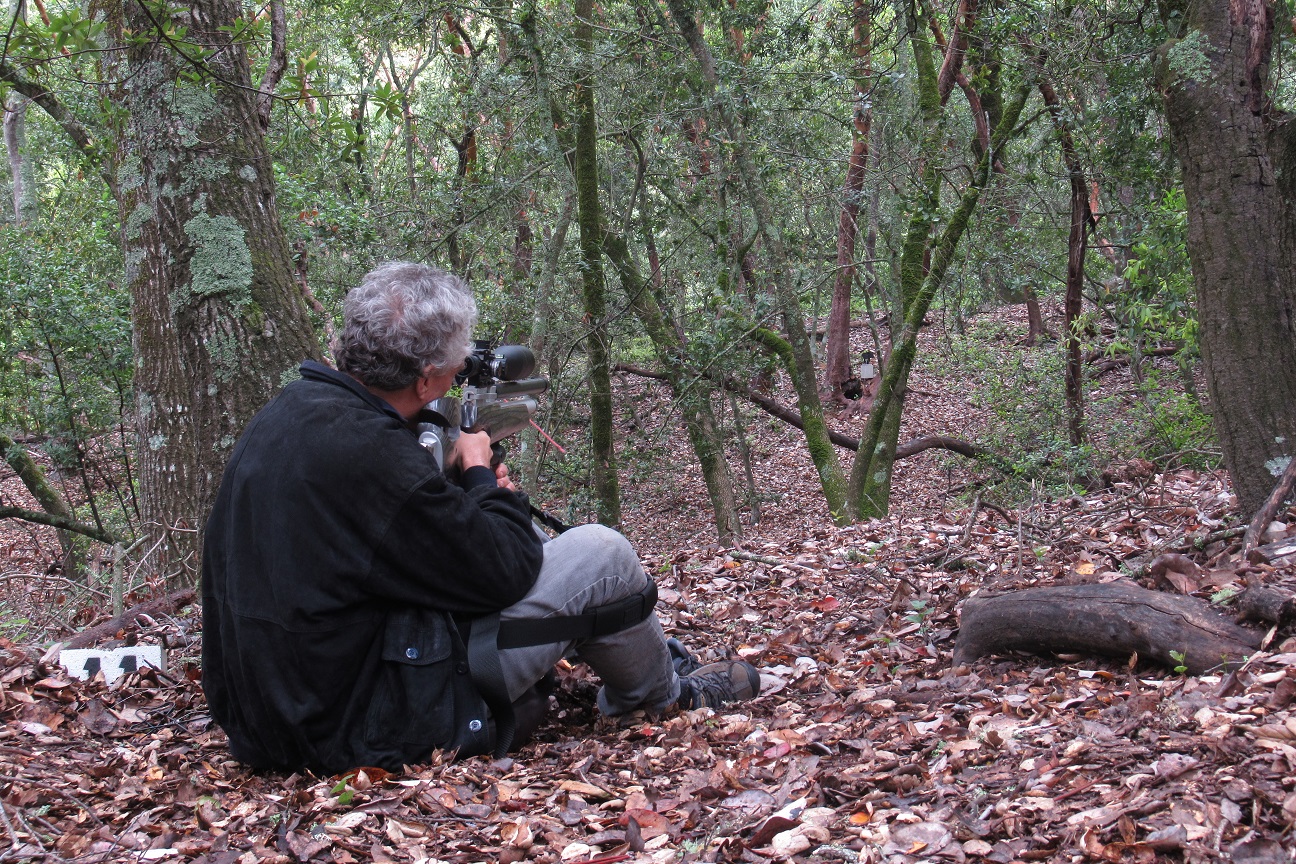 Relief from the chill: 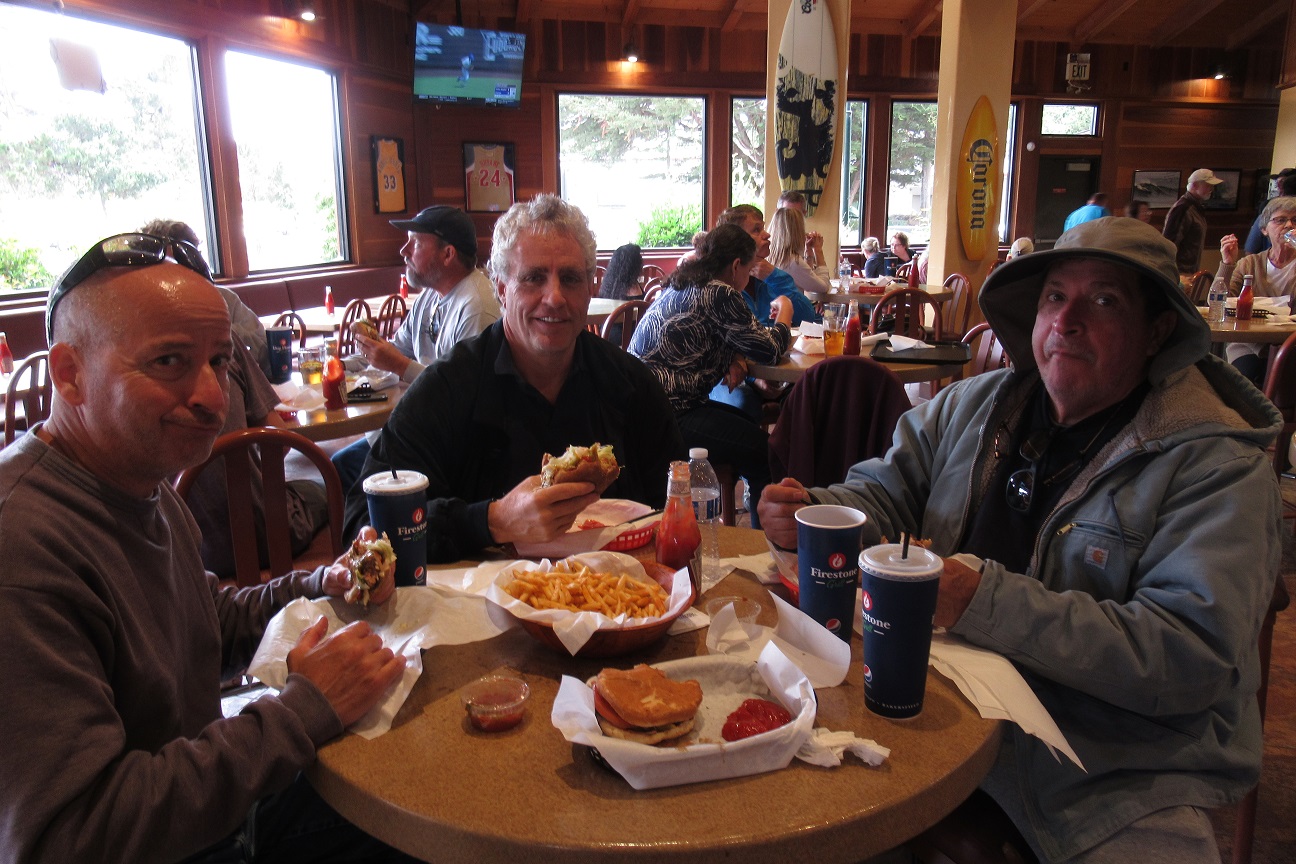