For May 2017, six of the local airgunners made the trip to John Bergquist's hilltop ranch for the 3rd FT match that he has hosted. Weather was near perfect with moderate wind. The course was still tough, including four progressive targets, several long shots, tiny close shots, and some tricky uphill and down hill shots.

I was squaded with Vince and we were within a point for the first half of the match. Vince and/or his gun fell apart in the second half of the match. I missed only two shots in the second half. My gun and I shot well, shooting 44/52 and narrowly beating out John Bergquist by one point for the overall win. Scott English was third with 40/52. After the match, some of us met at Cambria's Main Street Grill for lunch and chat.

Hilltop coastal view before heading down the hill in the 4-wheel drives: 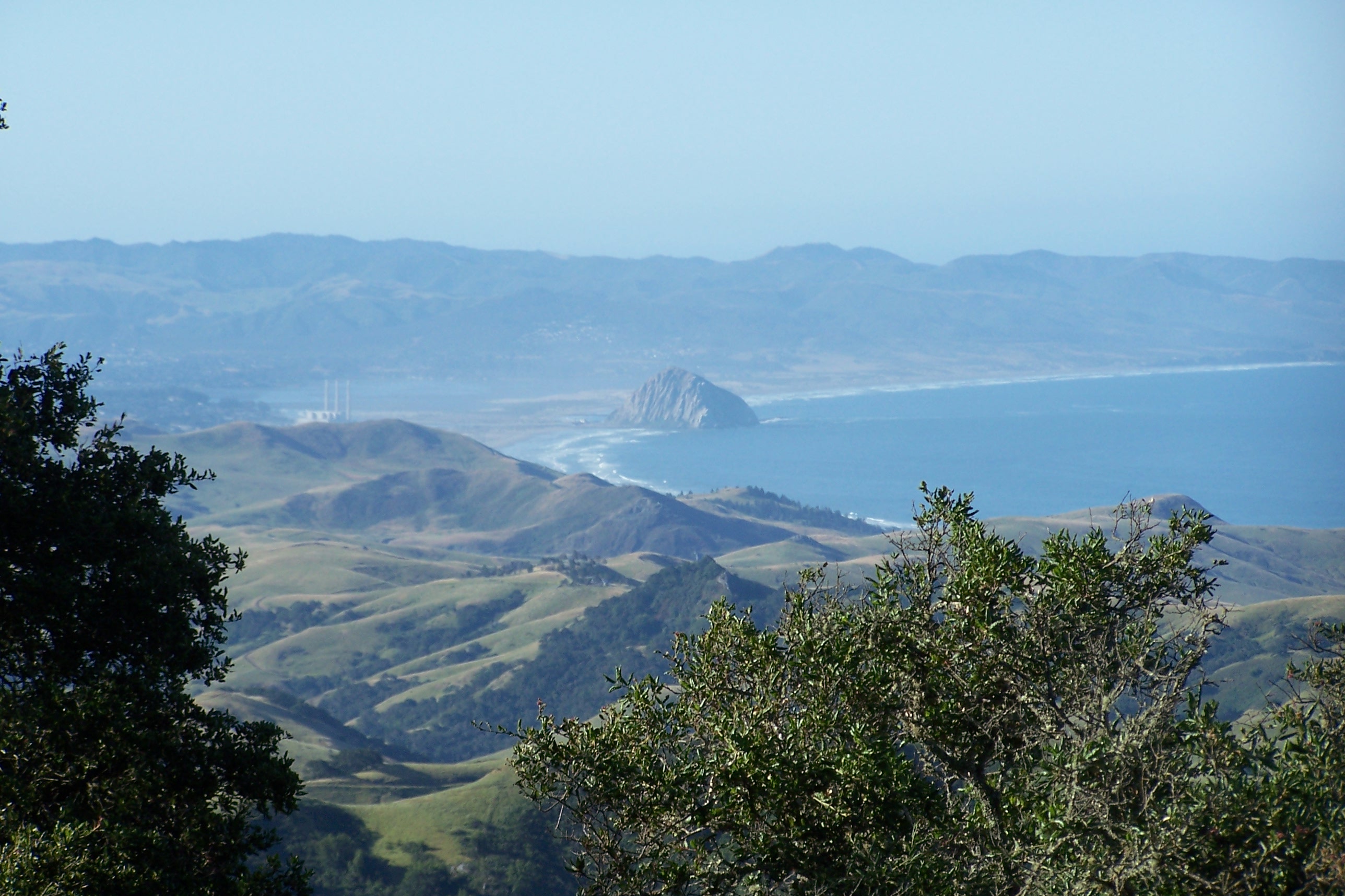 Vince shooting with his TX200 and newly installed riser. He'll skip the harness next week in Temecula: 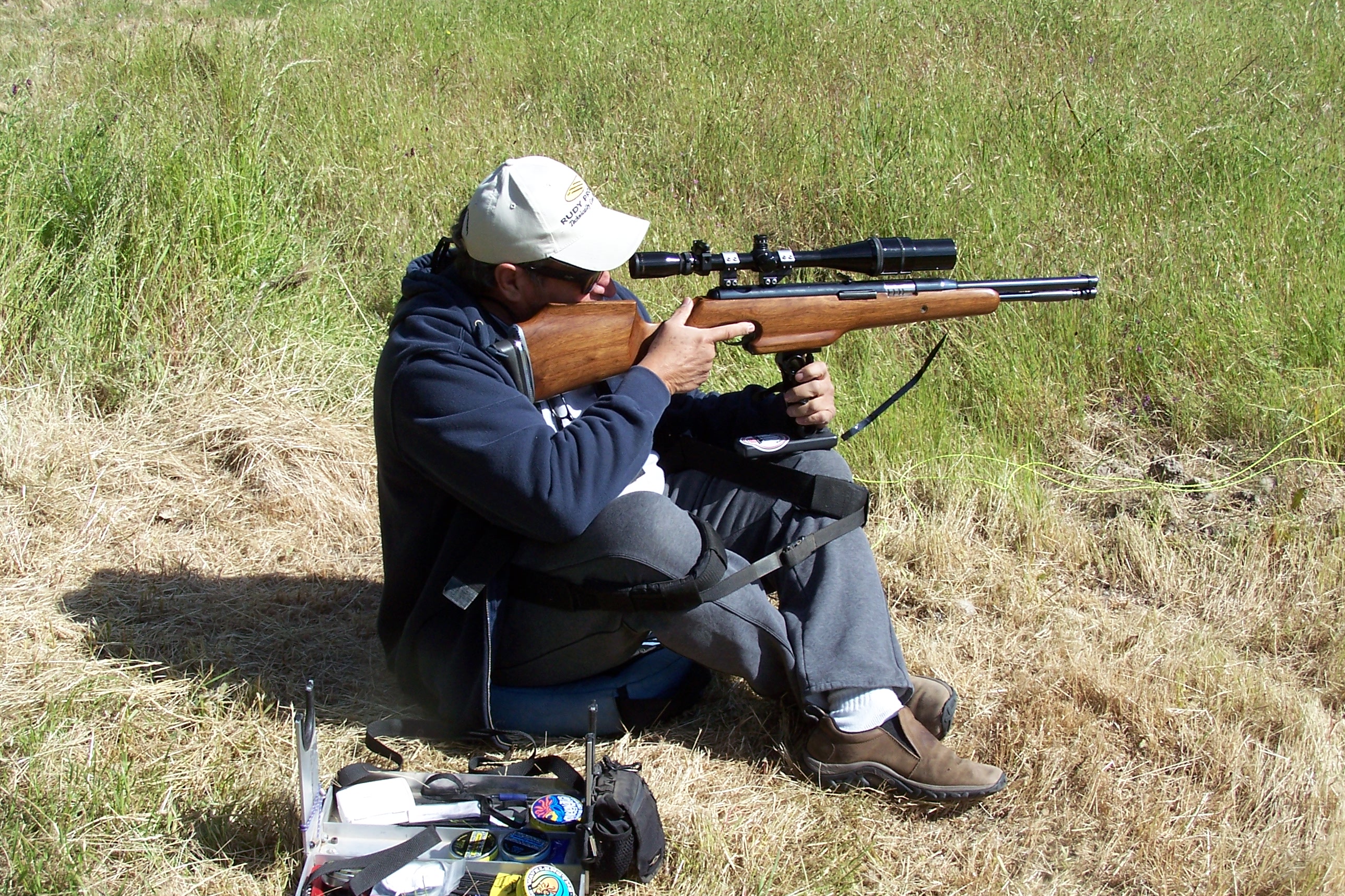 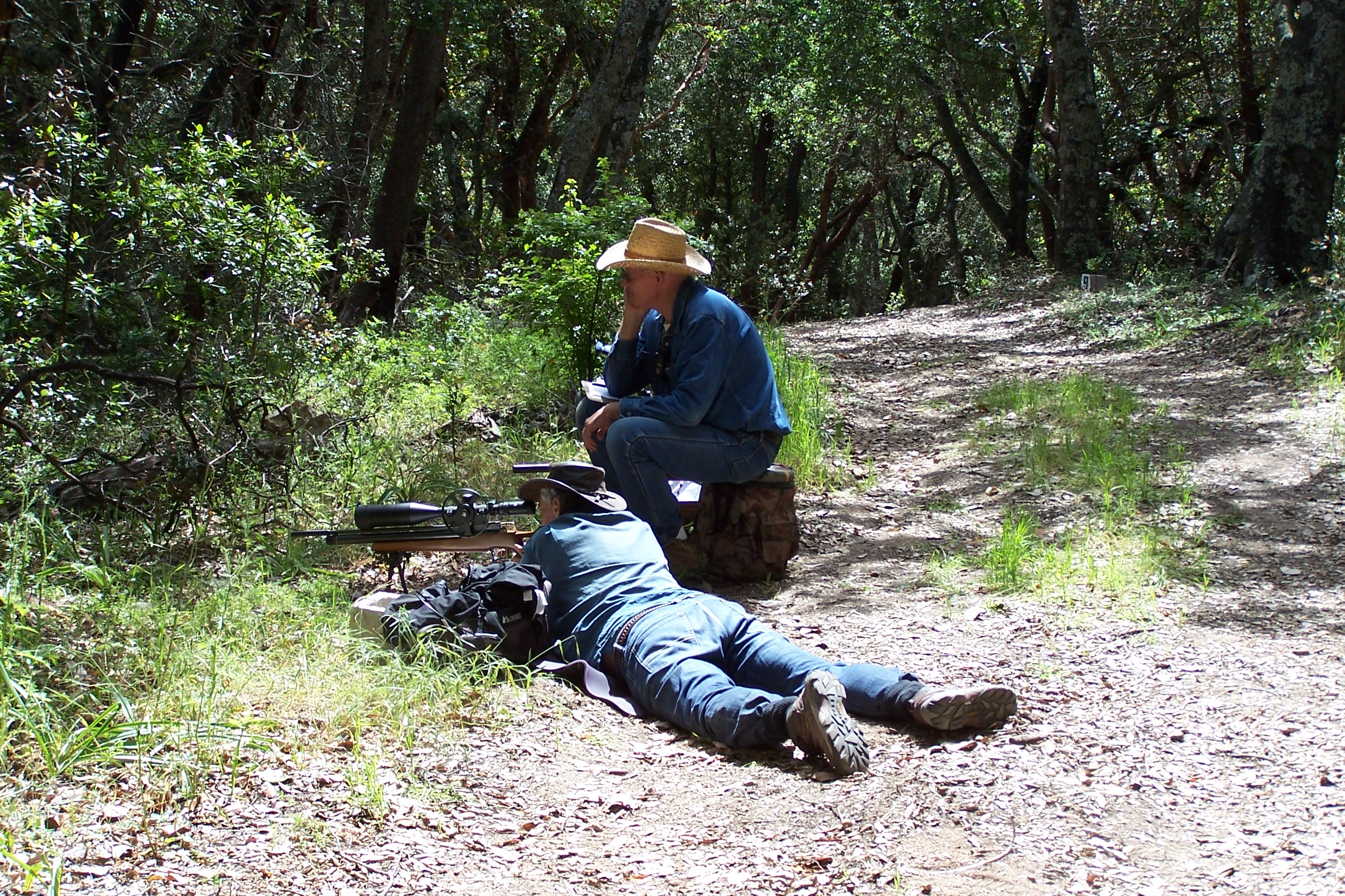 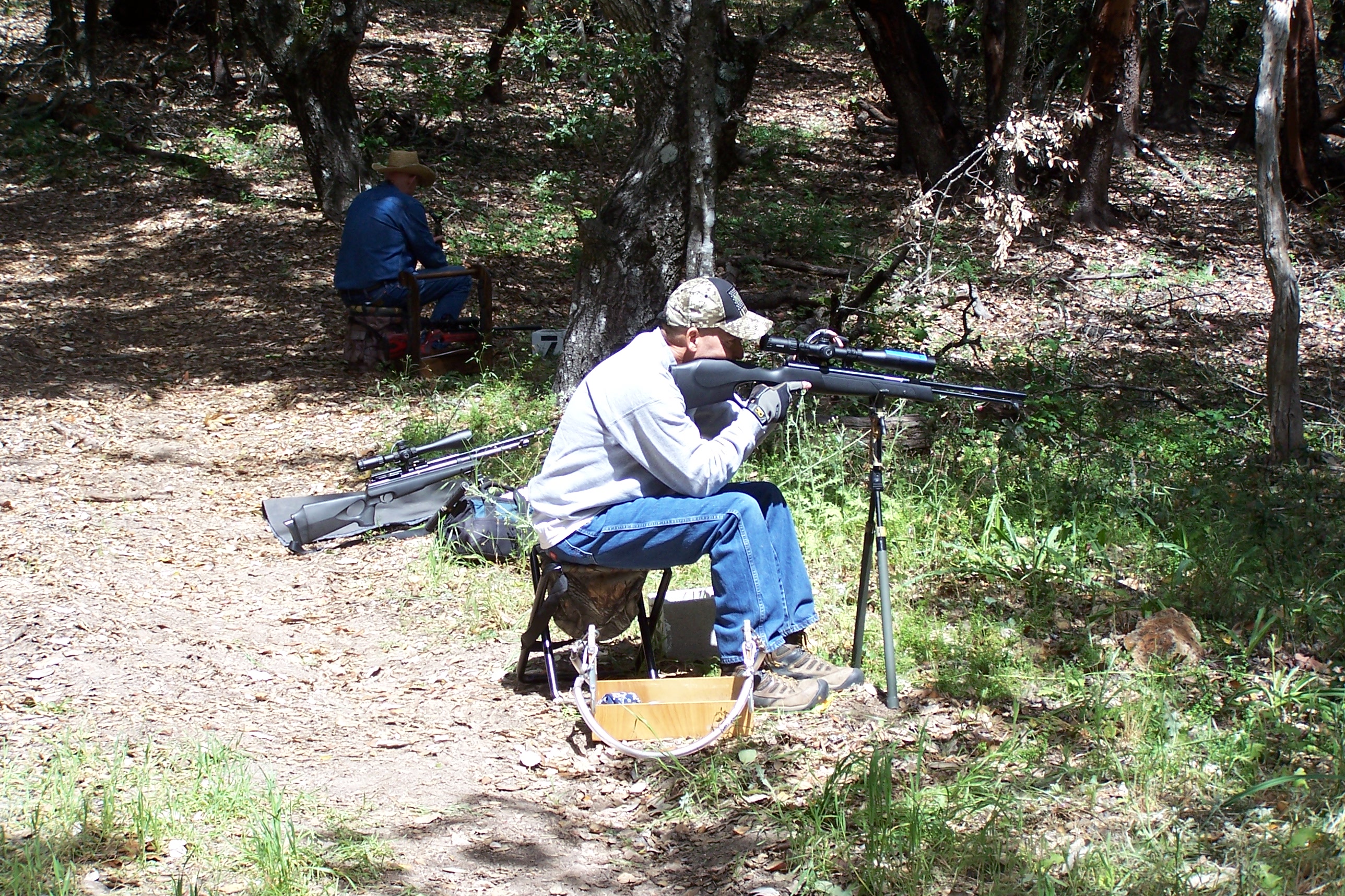 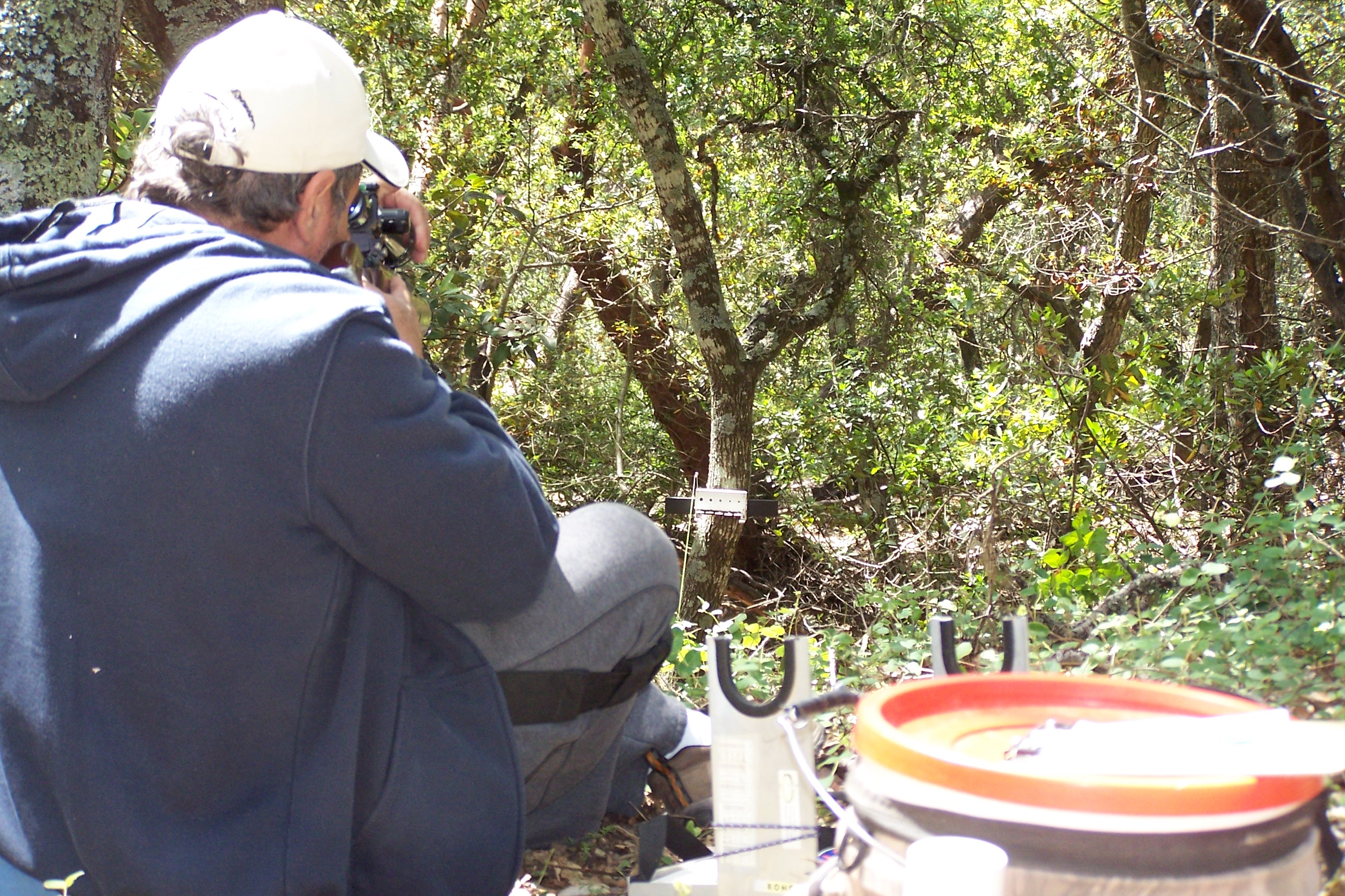 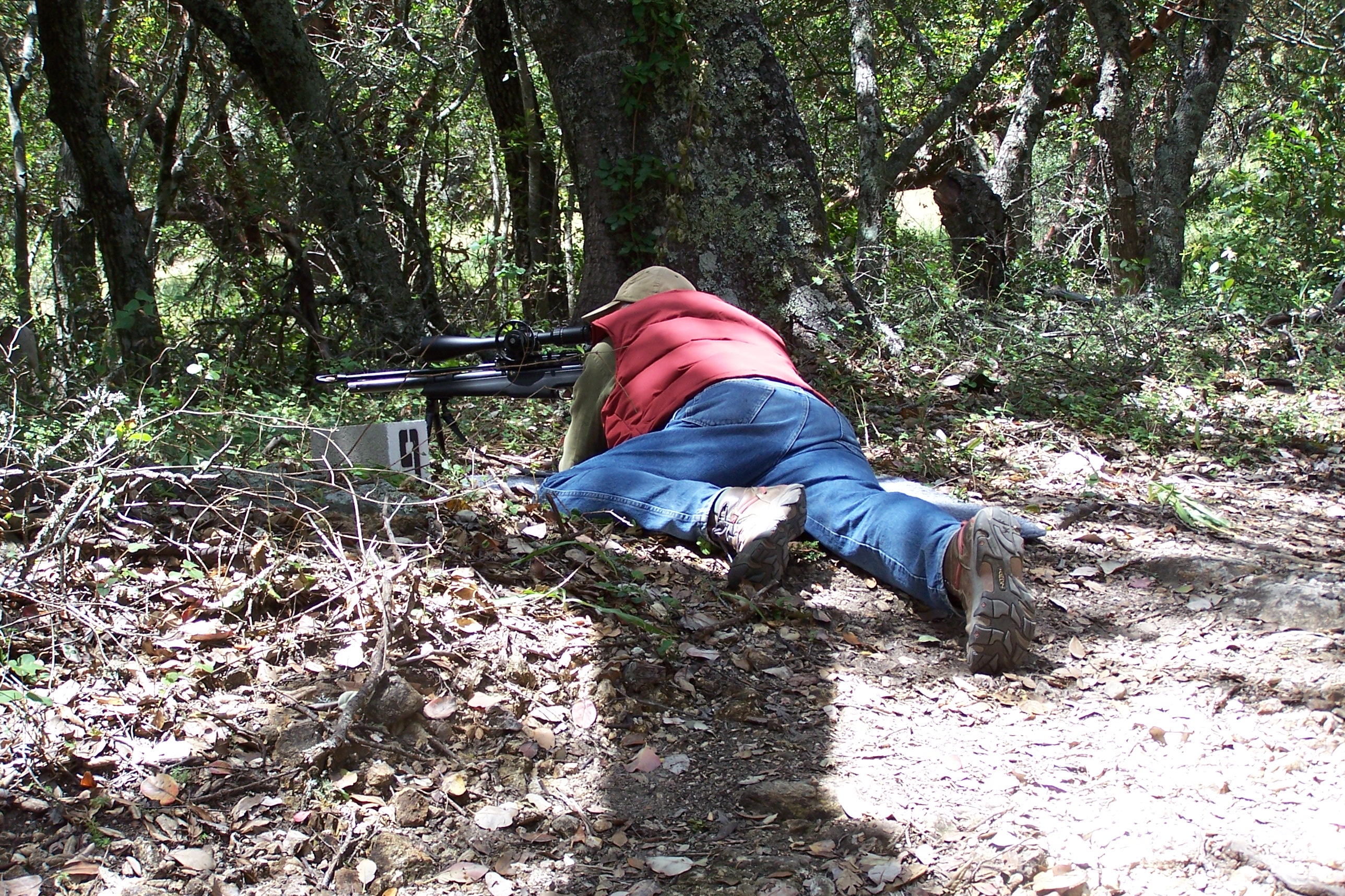 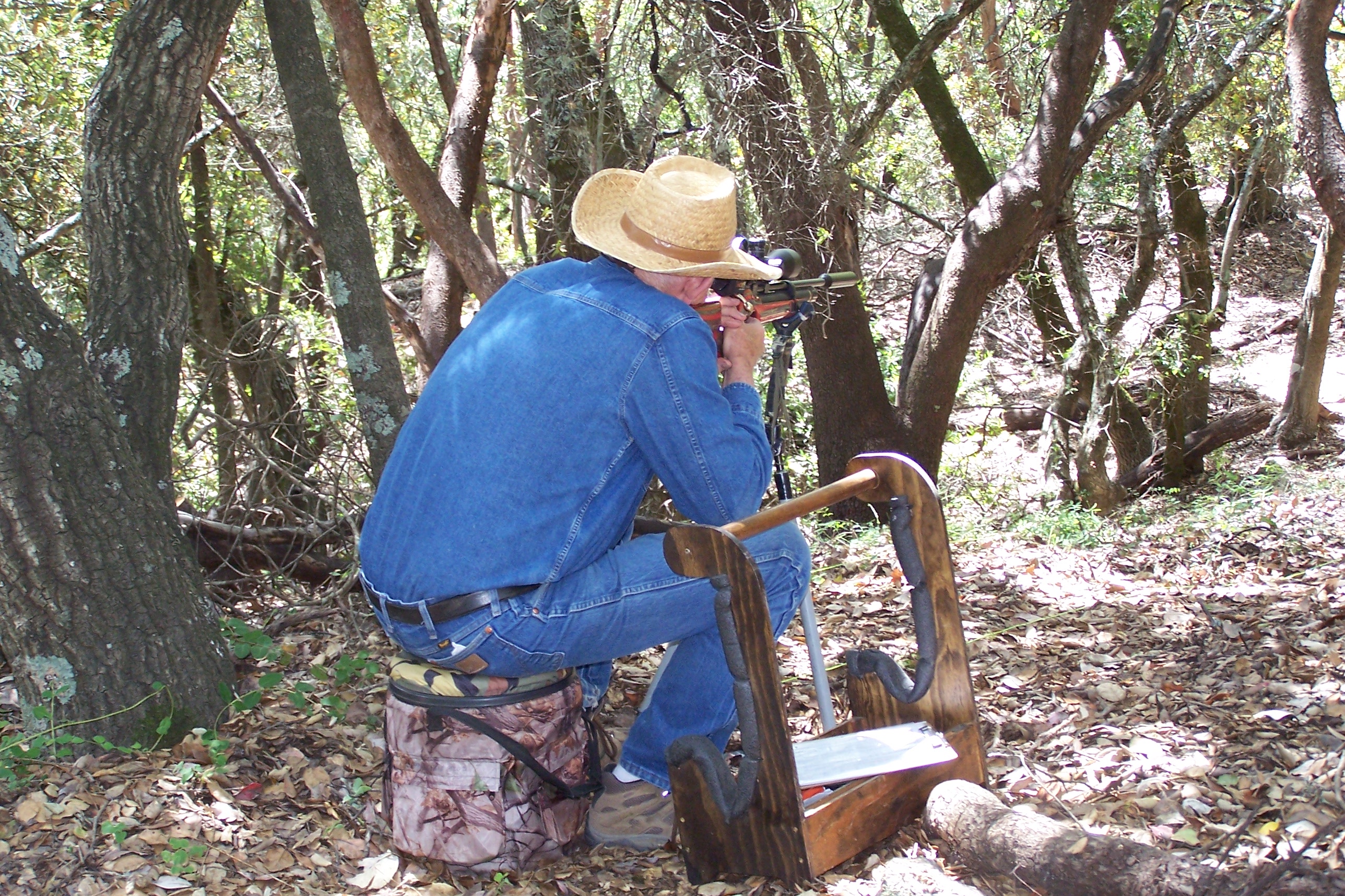 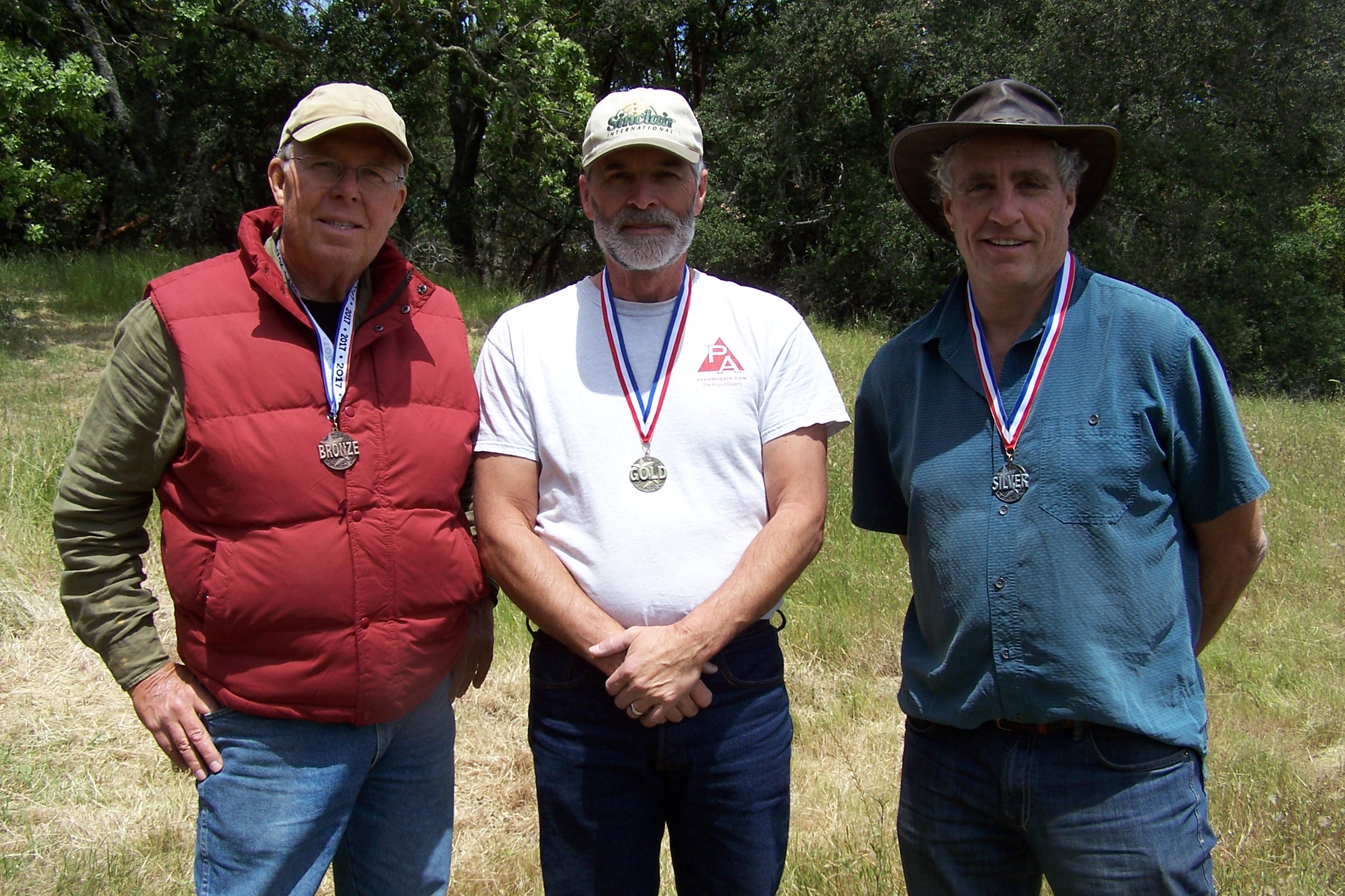